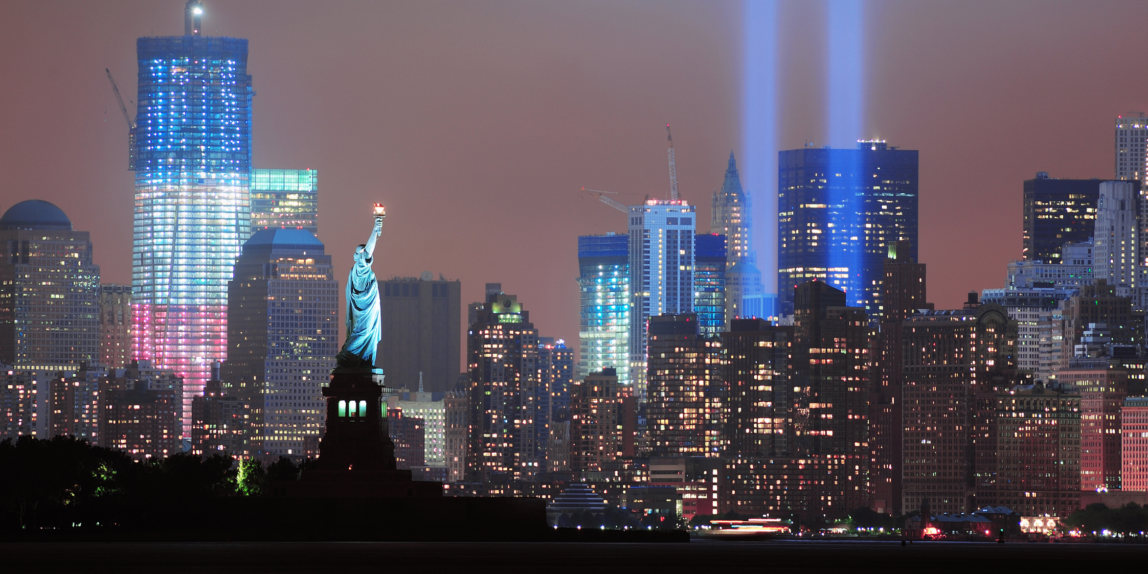 How many different ways are there to say blue?

I had never seen this particular shade before. It was so clear, so even. It was sky. Perfect sky. No clouds. No haze. Clear atmosphere. Just pure sky. The gorgeous bright freshness of a new day. I was born in the morning with a sense of vigor and excitement. Adrenaline. Ignoring the fear that bubbled in my stomach to allow more space for the possibilities. What were they? Creativity. Discovery. Make history, maybe? My youthful ego gave me too much credit. Naivety.

I walked, heading south, the sun rising higher. Not yet at its apex, the shadows still had length. I stayed on the side of the street with the rays of Indian summer. Sneaker clad feet carried me along the straight path of University Place. When it wasn’t in my hands, my neck supported the weight of my analog camera. One roll of film loaded, one more in my pocket. All I could afford, more than I could spare. I knew this would be worth it. God, what a beautiful day.

Still walking, face lifted toward the blue. The streets were packed as usual, even the normally more quiet University Place. I seemed to go against the current of foot traffic. My face pointed at the opposite angle of those around me. Couldn’t they see the sky? Anticipation flowed through me. Viewfinder to eye. Adjust the focus. Contrast of the solid concrete and metal against Nature’s clear perfection. Reflections in the glass. The whole world looked blue.

Someone yelled at me along the way; told me to go home. I didn’t know why they were so offended by my swimming upstream. I told them someone had to. They didn’t care about that. I cared about them though. I felt a moment of unsurety on that day of exploration through God’s painting. The bubbles in my gut unsettled themselves by the time I arrived in the village.

What was my destination? Where would this walk end? I had started at 14th Street and passed under the Washington Square Arch. I didn’t know what the reliefs meant. Something about freedom, I supposed, the most beautiful concept I could think of at that time. I would go a little further, for I was free.

I changed the roll of film in my camera. Thirty-two frames remained for me to capture the blue, which was now fading, being taken over by something in the atmosphere. I raised my lens to the sky, watching the swirl of grey against the blue. People twisted themselves around to see the roil. It still seemed they were blind to the sky. But the grey moved and danced and wrapped itself around the skyscrapers. Those sentinels reaching toward the heavens.

I looked with my eyes. Focused with my logic. The reflection of blue in the glass, the waltz of ashy vapor, the orange glow of fire. I was close enough to smell it then, having journeyed ever southward. Sharpness burning my nose, I breathed through my mouth, however, more out of awe than anything else.

Along with my face, I pointed my camera to the sky. Focused on the glow this time. There is beauty in the purging of fire. The orange, opposite of the blue. Twist my lens. Perfect clarity. And then suddenly, there was magic. The sapphires of glass were hurled into the sky to catch the light. Gemstones sparkling wildly as they floated to the ground. A billion stars shooting to Earth. It was dazzling. Like nothing I had ever seen. A terrible brilliance that shouldn’t exist.

I knew it could not last. I knew I shouldn’t be there. My gut dropping to my pelvis, the bubbles rising to my throat. The adrenaline, now fear. The shame. The shame of my not understanding finally getting my feet to lift from the asphalt. I turned and joined the stream of the others headed north. I finally reached 14th street again, film exhausted, camera weight aching my neck. Turned my face back to the south and up toward heaven. As I did, the second tower fell against the blue. I went home under a sky whose beauty was lost.